(under)REPRESENT(ed) is an exhibition that features Parsons alumni of color whose creative practices explore the lived experience of race and aim to dismantle systems of racism.

Raquel de Anda is a curator, producer, and cultural organizer based in Brooklyn, NY. Born and raised on the U.S. Mexico border, much of her work approaches themes of duality, connection, separation, inclusion and the intersections of migrant rights with other movements for social justice. She is a firm believer in the power of art and culture to ignite social change. Raquel began her career as Associate Curator at Galería de la Raza, a contemporary Latino arts organization in San Francisco, CA. Her work spans a variety of practices, including designing an interactive installation at the Tribeca Film Festival, curating exhibitions at Project Row Houses (Houston, TX) and The Museum of the Americas (Washington DC), and overseeing creative production for the historic People’s Climate March (New York City). In 2014, de Anda was awarded the Robert Rauschenberg Artist as Activist Fellow as part of her work with People’s Climate Arts Collective. De Anda received an MS from Parsons School of Design, with a focus on integrating cultural equity in the field of arts and culture. She is currently Director of Public Engagement at No Longer Empty, an organization that activates engagement with art and social issues through site-responsive exhibitions, education, and cultural programs. 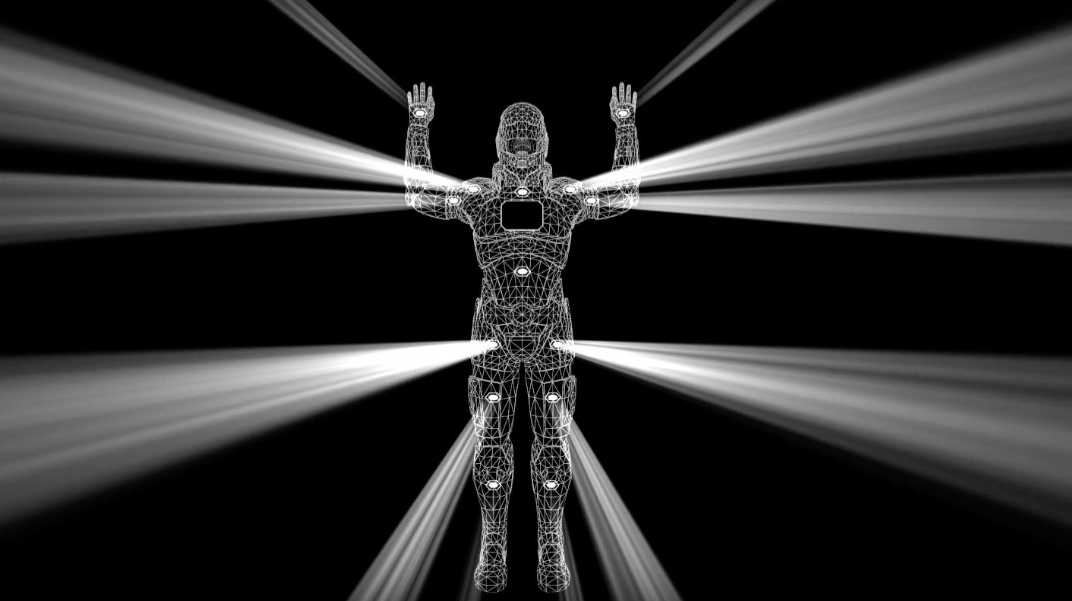 Inspired by the Greek myth of Argus — the giant with 100 eyes who served as an eternal watchman for the gods — The Argus Project promotes a heroic narrative around citizen journalism and the courageous act of filming the police. A transmedia project that is part wearable device, part video installation, and part community organizing platform, The Argus Project jumps directly into the current debate over police accountability and state surveillance. The creators say, “Our goal is to challenge deep systemic mythologies that normalize police violence by creating a counter-myth that shifts power into the hands of communities. In doing so, we aim to help build a culture of accountability, increase community safety and reduce both state violence and the surveillance that it depends on.” The video traces the story of Argus, an awakening giant who serves as a metaphor for a citizen body opening its many eyes to the reality of police violence. Told through the eyes of Argus, the video reveals how policing has become an acute nexus of oppression, fusing unregulated state surveillance with the ability to commit physical violence with impunity. The result is a toxic combination aimed at the bodies of working-class people and people of color. In a time where we expect these challenges to increase, the story ultimately posits how we as citizens can concretely and effectively respond.

Would you describe your career path as typical? Why or why not?

I'm not really sure what typical is? I live in NYC and sometime it feels like I can barely keep my head above water...but I absolutely love the people I meet and the work that I get to do. I had to take a lot of leaps of faith in my path. Moving to new cities and calling on the few connections I had to help me find my way, traveling on small budgets to meet artists developing relevant and important work across Mexico and The United States, and going into debt for a graduate degree that spoke to my passion in a way that no other did. Each step along the way I made the connections and stitched together a network of trusted allies and collaborators that have held and supported me on a path.

In what ways have your identities impacted your education and career paths?

Having been raised by parents who were very active during the civil rights movement filled me with an understanding of why demanding a more just and equitable world is necessary. I chose to work at a Chicano art gallery right out of undergrad because it was meaningful to me, it resonated with these beliefs and nurtured my love of creativity and the arts, while also connecting me to a rich and powerful legacy. These relationships have continued to sustain me every step of the way, even when my path wasn't clear. Equity, Accessibility, Inclusion and Creativity are themes that are central to my work and practice and I am grateful to be able to work with a trusted team of allies who also hold up and affirm these values. I don't think I would be able to work in a place where these notions aren't affirmed.

What advice would you share with current Parsons students?